Registration for the 12th annual Code Jam is now open! This year, the competition is adding a new track to the contest that’s designed to give students more real life examples of the work they would be doing as engineers. The new track, Distributed Code Jam (DCJ), will consist of algorithmic problems that are similar to the original Code Jam. But in order to solve for them, competitors will be required to program in a distributed environment. 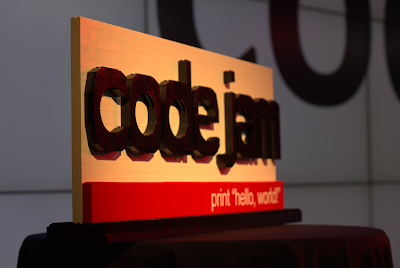 According to Onufry Wojtaszczyk, a Google Software Engineer and one of the main creators behind DCJ, this new track will challenge experienced engineers and help teach students the skills they’ll need to work at a company like Google.

“Most of my programming skills before I joined Google came from programming contests, and it served me really well at Google. However, the one thing that programming contests didn’t prepare me for were the distributed computations that become obvious once you work at Google for a while. At the scale Google and other web companies operate, doing the work on a single computer, however powerful, becomes infeasible, and you have to learn to deal with spreading the work across multiple machines,” said Wojtaszczyk. 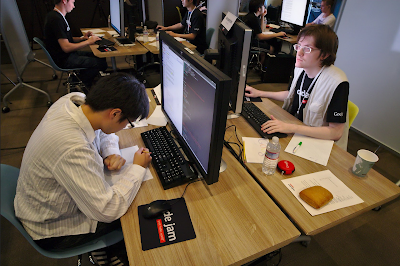 In order to participate in the new track, students will need to register for and qualify for Code Jam Round 3. DCJ will give an opportunity for 10 lucky finalists to make their way to the Code Jam finals, which will be held in Seattle, WA, USA this year. Finalists can win up to $3,000 USD and a chance to be named the first ever Distributed Code Jam champion!

Students of all programming levels are encouraged to participate. Registration for Code Jam is open from now until April 11th. To learn more, visit g.co/codejam.

(Cross-posted on the Google For Education Blog)

When Aboriginal and Torres Strait Islander people need support, they turn to their daughters. No, really. In a culture whose history goes back 50,000 years, 70 young girls are using technology to give their families a new way to call for help in emergencies. Last year, Engineers Without Borders Australia taught a group of students to build an emergency response beacon using basic hardware and some code to transmit a user’s location and distress message via radio.

Aboriginal and Torres Strait Islander people make up less than 3 percent of Australia’s population, and they’ve historically faced discrimination in society, including in education. According to the Australian Bureau of Statistics, dropout rates exceed 60 percent in certain regions and Aboriginal students are, on average, 2.5 years behind their peers in scientific and mathematical literacy. The problem is often compounded for girls, who tend to be left out of educational opportunities.

So Engineers Without Borders Australia (EWBA) set out to close the educational and digital divide, developing a program which brings together Aboriginal and non-Aboriginal girls to create emergency beacons from scratch by coding a Raspberry Pi to work with an LED, GPS module and FM transmitter. It will also work through issues of stereotyping and discrimination, and help the girls to better understand each other’s worlds.

This is just one example of an organization doing extraordinary work to make computer science (CS) education available to women and other underrepresented minorities. Computer science has tremendous potential to make a real difference in the world—but only when more people can access and harness it.

That’s the idea behind Google’s RISE Awards, through which we support organizations in their work to inspire students around the world with CS. Since 2010, more than 200 organizations have received an award, and this year, 37 organizations are receiving a cumulative $1.5 million to keep this vital effort humming along. Our partners facilitate programs and activities including teaching girls about the intersection of coding and music production in California, promoting computational thinking through game-design in Mexico, and inspiring children in Brazil to program alongside their parents.

This year, three nonprofits will receive a new “RISE Partnership Award”—a grant to work with one or two partner organizations to help grow their CS outreach to a wider scale. One of the three is Engineers Without Borders Australia, which plans to work with MEET—an organization with expertise on how coding skills can build relationships and break down stereotypes—to integrate their curriculum to reach up to 2,000 girls across Australia, including in Aboriginal communities.

With access to hands-on CS education, the Aboriginal and Torres Strait Islander girls are preparing themselves for the digital economy, contributing to the diversity of our future’s technology, and taking concrete steps to rise above the inequities their community has faced for decades. They’re not alone. We hope that through the RISE Awards and our other efforts to support diversity in technology, these girls and others like them can have an even greater impact. We can’t wait to see it.

Google strives to increase educational opportunities in computer science and is committed to increasing the representation of underrepresented students in the broader field of technology. In order to do so, Google’s Computer Science Summer Institute (CSSI) was created to help high potential students prepare for college, build confidence, and be inspired to pursue a career in tech. CSSI is a Google-hosted summer program that invites 90 rising college first-years to participate in a 3-week interactive curriculum and learn a practical introduction to computer science (HTML, CSS, Javascript, App Engine and more). Students partner in small teams to develop web applications, and ultimately present and demo their projects to Googlers who are enthusiastic to see their web apps come to life. Students designed and developed a wide variety of applications, from a strategic puzzle game called Nonograms to TaxiCop, an app which tracks and estimates taxi fares in Ghana.

The curriculum is built and maintained by Google engineers, with the intention of giving these students a head start in computer science concepts before heading off to college. With their new knowledge and skills, students are more confident, prepared for their first year of college, and inclined to graduate with a computer science degree. Randy (17), a past participant from Cambridge said; “Career-wise [CSSI] was incredibly helpful. Even though it’s not technically an internship, it really helps set me up for future opportunities. I’ve met a lot of really cool people here that I was able to connect with. I learned a lot, and because of this program I want to continue pursuing CS in college. It has impacted me a lot.“ 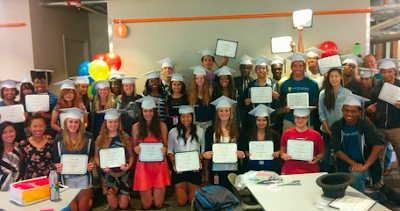 After completing CSSI, many of our participants have expressed an increase in readiness and confidence; Monica (17), a student from our Cambridge class said “I did not have much CS experience except one CS class from high school. Now I feel prepared for my CS classes in college. I feel like I can do projects on my own, which is huge. The program very much strengthened my technical skill set.”

If you’re interested in learning more about CSSI, please visit google.com/students/cssi for more details and stay tuned for more information about the program in January 2015. In the meantime, please fill out this interest form if you’d like to be notified when our application opens.

Cross-posted from the Google for Education blog