For security reasons, you may find that you want to configure a Cisco Linksys Wirelesss Router as a router without wireless.  Following are the steps to disable the wireless on a Cisco Linksys wireless router:If the router is using the default IP …

While browsing the internet, you may encounter the message: “Access Denied (policy_denied).  Your system policy has denied access to the requested URL.  For assistance, contact your network support team.”   This message indicates the int…

There have been big questions over which is the best web host that you should be lookingfor to get when you want to set up your own website. We all know that setting up a websiteis not easy and is hard work but there comes a problem when it comes to wh…

For those who often work with XML data files, an XML converter is usually considered to be an essential tool to have in one’s collection. One of the leading XML converters currently available is Advanced XML Converter, a program which supports many dif…

Sometimes “everyone” isn’t really everyone. Like when people say that everyone is on the Internet, because for each person that can get online, there are two that can’t. 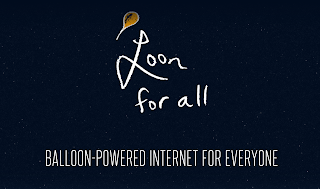 This quote introduced the final round task for this year’s edition of Hash Code, an original programming competition organized by Google France for students and industry professionals. Teams of contestants were presented with wind data at different altitudes and a challenge: put together an algorithm to guide a fleet of Project Loon balloons, adjusting their altitude in order to optimize the Internet coverage of select areas around the world — all within six hours.

So how did this all come about? Hash Code began in 2014 as an initiative to build strong relationships between engineers in Google Paris and students and industry professionals across France. What started as a two-day, onsite competition for 200 contestants in 2014 grew to a two-part competition involving 1,500 participants this year.

The first stage of Hash Code 2015 was an online qualification round where 1,500 participants competed against each other in teams of two to four, optimizing the layout and resource allocation in a Google data center. Special “hubs” were formed at 17 different universities and engineering schools where students came together and competed side by side, adding to the competitive spirit of the round.

The top scoring teams were then invited to compete in the final round which took place over two days the Google office in Paris. The first day introduced participants to engineering at Google France through a series of tech talks highlighting the global impact of projects being developed in the office, including Cardboard and YouTube Trends. Later in the evening teams participated in a test round themed around pizza slicing optimization, and accompanied by generous amount of real-life sample instances of the subject matter. 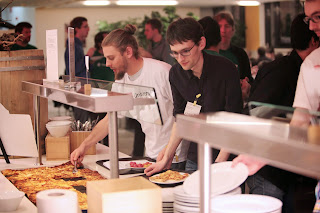 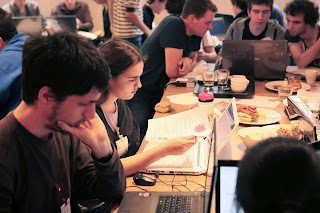 The final task statement was released the next morning, leaving the participants six hours to demonstrate their programming and algorithmic skills. When the submission deadline passed, the jury tallied the final scores while the participants heard from a panel of Google engineers about their career paths to Google. 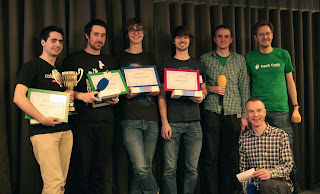 Computer and Internet technology is a real blessing which has given direction and support to the modern world. It has so much intermingled with the profession and personal lives of people that it’s difficult to imagine a day without it. It has touched …